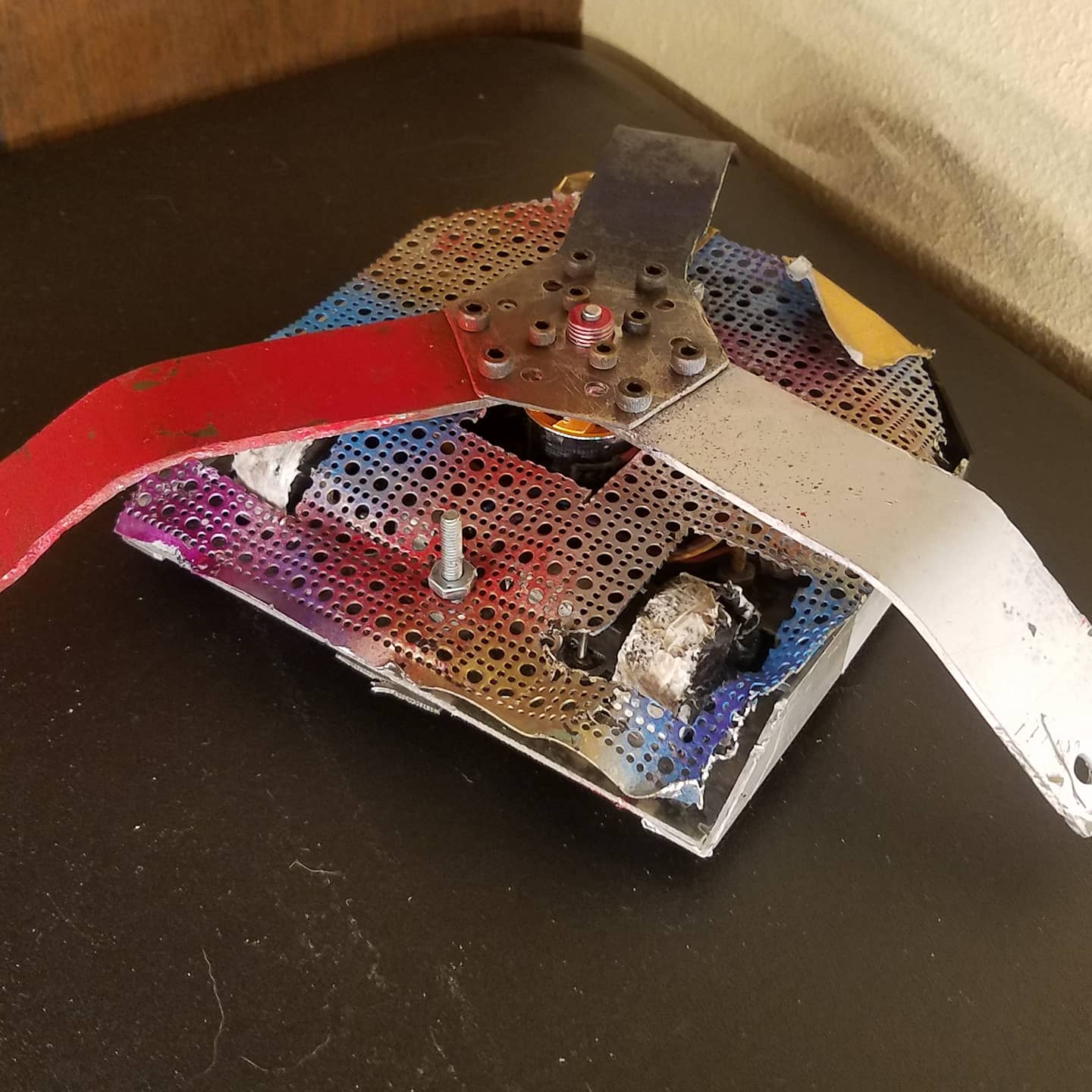 If Joe Dirt, the Trailer Park Boys, and your neighbor up the street that has a Trans Am on jackstands in his driveway ever built a robot it would be this thing.

In it's original form, TPW was thrown together the night before a tournament so driver Caleb would have a bot to fight instead of sitting on the sidelines. This tornado of excitement was the result.

It may have the worst win/lost ratio on record, but one thing is for sure- anytime it enters the ring, something is going to break.